Skin is the body’s largest organ, and is responsible for the transduction of a vast amount of information. This conformable, stretchable, self-healable and biodegradable material simultaneously collects signals from external stimuli that translate into information such as pressure, pain, and temperature. The development of electronic materials, inspired by the complexity of this organ is a tremendous, unrealized materials challenge. However, the advent of organic-based electronic materials may offer a potential solution to this longstanding problem. Over the past decade, we have developed materials design concepts to add skin-like functions to organic electronic materials without compromising their electronic properties. These new materials and new devices enabled arrange of new applications in medical devices, robotics and wearable electronics. In this talk, I will discuss several projects related to engineering conductive materials and developing fabrication methods to allow electronics with effective electrical interfaces with biological systems, through tuning their electrical as well as mechanical properties. The end result is a soft electrical interface that has both low interfacial impedance as well as match mechanical properties with biological tissue. Several new concepts, such as “morphing electronics” and “genetically targeted chemical assembly - GTCA” will be presented. 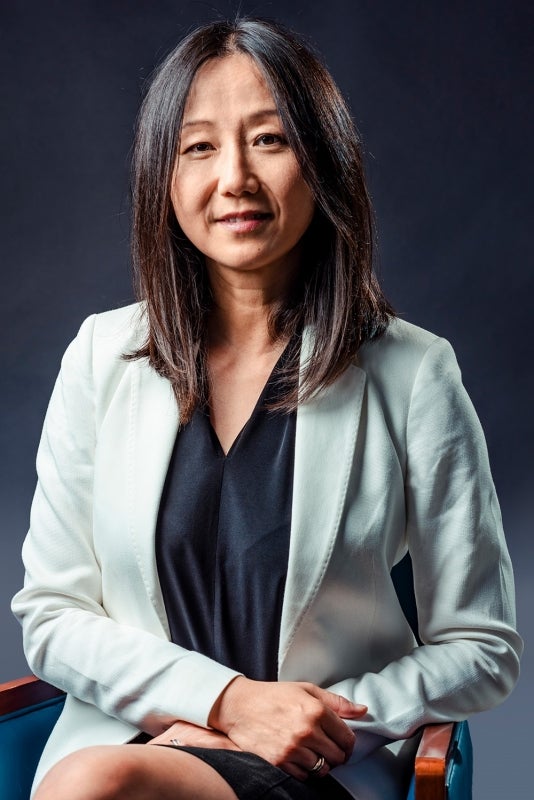 Zhenan Bao is Department Chair and K.K. Lee Professor of Chemical Engineering, and by courtesy, a Professor of Chemistry and a Professor of Material Science and Engineering at Stanford University. Bao founded the Stanford Wearable Electronics Initiate (eWEAR) in 2016 and serves as the faculty director.  Prior to joining Stanford in 2004, she was a Distinguished Member of Technical Staff in Bell Labs, Lucent Technologies from 1995-2004. She received her Ph.D in Chemistry from the University of Chicago in 1995.  She has over 550 refereed publications and over 65 US patents with a Google Scholar H-Index >170.

Bao was selected in 2015 as Nature’s Ten people who mattered and a “Master of Materials” for her work on artificial electronic skin. She was awarded the inaugural ACS Central Science Disruptor and Innovator Prize in 2020, the Gibbs Medal by the Chicago session of ACS in 2020, the Wilhelm Exner Medal by Austrian Federal Minister of Science 2018, ACS Award on Applied Polymer Science 2017, the L'Oréal-UNESCO For Women in Science Award in the Physical Sciences 2017, the AICHE Andreas Acrivos Award for Professional Progress in Chemical Engineering in 2014, ACS Carl Marvel Creative Polymer Chemistry Award in 2013, ACS Cope Scholar Award in 2011, the Royal Society of Chemistry Beilby Medal and Prize in 2009, the IUPAC Creativity in Applied Polymer Science Prize in 2008.

Bao is a co-founder and on the Board of Directors for C3 Nano and PyrAmes, both are silicon-valley venture funded start-ups. She serves as an advising Partner for Fusion Venture Capital.