There is growing interest in the development of integrated continuous bioprocesses for the production of important biotherapeutics due to the potential for enhanced productivity, greater flexibility, and improved product quality. The transition from batch to continuous bioprocessing requires a major re-thinking of the downstream purification process, creating exciting new opportunities for membrane technology. This talk will focus on the use of continuous countercurrent staged membrane systems for initial product capture and for final formulation. Continuous Countercurrent Tangential Chromatography (CCTC) provides truly continuous steady-state product capture and purification using a column-free system in which the chromatographic operations are conducted on a flowing slurry using hollow fiber membranes to control the resin flow. Results using a Protein A affinity resin show high levels of host cell protein removal from a monoclonal antibody product, with the countercurrent staged providing significantly greater throughput with improved product yield and purification. Countercurrent staged diafiltration has been developed as a new strategy for providing high levels of buffer exchange in a single-pass continuous format. Finally, proof-of-concept experiments have demonstrated that High Performance Countercurrent Membrane Purification can potentially provide high levels of host cell protein removal in the purification of recombinant protein products. These examples highlight how one can adapt membrane systems to continuous bioprocessing, providing exciting opportunities for improved manufacturing of high-value biopharmaceuticals. 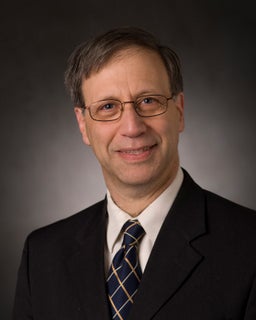 Dr. Andrew L. Zydney is the Bayard D. Kunkle Chair and Professor of Chemical Engineering at The Pennsylvania State University. He also serves as Director of the Penn State site in the Membrane Science, Engineering, and Technology (MAST) Center. Dr Zydney was Head of the Chemical Engineering Department from 2004-2014 and was he the founding Director of the Penn State Center of Excellence in Industrial Biotechnology in 2017. Professor Zydney's research is focused on the application of membranes in bioprocessing, including the purification of monoclonal antibodies, vaccines, and gene therapy agents with more than 270 publications in these areas. Dr. Zydney served as Editor-in-Chief of the Journal of Membrane Science from 2010-2019, and he is Past President of the North American Membrane Society (NAMS). He is the most recent recipient of the Alan S. Michaels Award for Innovation in Membrane Science and Technology, and he has previously received the American Chemical Society (ACS) Award in Separations Science and Technology, the Gerhold Award for Excellence in Separation Science, and the Excellence in Biological Engineering Publications award from the American Institute of Chemical Engineers (AIChE). Professor Zydney has also received multiple teaching awards, including the Warren K. Lewis Award from AIChE, the Excellence in Teaching Award from the University of Delaware, and the Distinguished Teacher Award from the American Society for Engineering Education.