CBE Department Seminar
Andreas Seidel-Morgenstern
Director of Max Planck Institute for Dynamics of Complex Technical Systems
Otto von Guericke University
Online via WebEx: https://rensselaer.webex.com/rensselaer/onstage/g.php?MTID=e4d45b6b20de48deca5c020162ca6d00e
Due to COVID-19, no refreshments will be available for this lecture.

Selective crystallization and preparative chromatography possess significant potential to isolate valuable target components from complex mixtures. Nevertheless, difficult separation problems can frequently not be solved in a single step. The presentation will describe for two case studies that combinations of the two mentioned concepts can provide attractive solutions. As the basis for a rational development of enantioselective separation processes we will introduce first different types of phase diagrams of chiral compounds. Subsequently, a productive new continuous process exploiting direct preferential crystallization in two coupled fluidized beds will be described. The process can resolve the enantiomers of conglomerate forming chiral systems. However, enantiomers are frequently capable to form racemic compounds. In this case enriched feed solutions are required for enantioselective crystallization. Enrichment can be provided by partial selective synthesis or by applying a suitable preliminary separation process. We will show for an industrially relevant chiral drug component that a combination of preparative chromatography followed by selective crystallization can be very productive. In a second part we will focus on mixtures, which contain a target component together with a larger number of other components. We will consider as an example the provision of artemisinin, which can be extracted from sweet wormwood (Artemisia Annua). Artemisinin and several of its derivatives are currently the basis for the most effective drugs to cure the malaria disease. To improve the overall artemisisin yield a continuous photo-catalytic synthesis of the co-extracted precursor dihydroartemisinic acid is available. Particular complex feed solutions originate from long extraction times required to co-extract also the cheap and green photo-catalyst chlorophyll. It is shown that purification using direct crystallization and center-cut simulated moving bed chromatography is possible. Finally, we will consider the incorporation of recycling concepts required to achieve high yields. Enantioseparation combined with racemization and recycling of the counter-enantiomer serves for illustration. 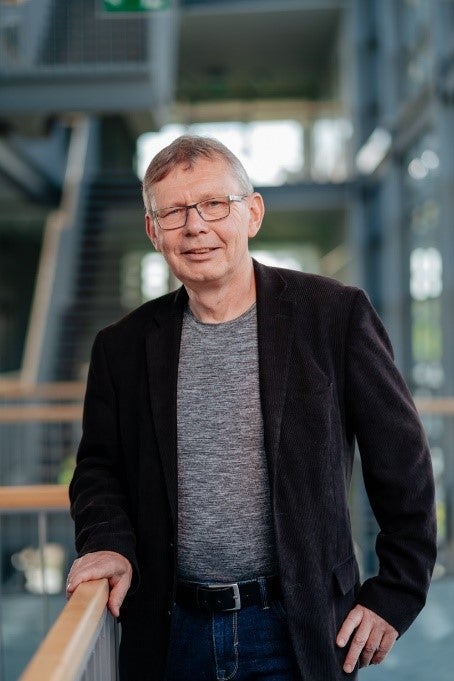 Andreas Seidel-Morgenstern received in 1982 a Diplom in Chemical Engineering from Technische Hochschule Leuna-Merseburg and in 1987 a Ph.D. from the Institute of Physical Chemistry of the Academy of Sciences in Berlin (East). In 1991 and 1992 he was a postdoctoral fellow at the University of Tennessee in Knoxville. He finalized in 1994 a Habilitation at the Technical University Berlin. After working for the pharmaceutical company Schering in Berlin he became in 1995 Professor for Chemical Process Engineering at the Otto von Guericke University in Magdeburg. In 2002 he was appointed as a Director at the newly founded Max Planck Institute for Dynamics of Complex Technical Systems in Magdeburg, where he is head of the department “Physical and Chemical Foundations of Process Engineering”. His research interests include heterogeneous catalysis, adsorption and preparative chromatography, crystallization and the development of new reactor concepts. The results of his work are published in more than 500 research papers. He holds more than 20 patents in the fields of crystallization and multi-column chromatography. Andreas received in 1999 the “Max Buchner Award” (DECHEMA/Germany), in 2002 the Otto von Guericke Research Award of Otto von Guericke University Magdeburg, in 2015, together with Peter Seeberger, the “Humanity in Science Award” (The Analytical Scientist, UK, Phenomenex, USA), in 2016 the “Emil Kirschbaum Medal” (PROCESSNET, Platform of Chemical Engineering in Germany), and in 2021 the ACS Award for Affordable Green Chemistry (together with Kerry Gilmore and Peter Seeberger). He holds Honorary Doctorates of the University of Southern Denmark (Odense) and the Lappeenranta University of Technology (Finland) and is member of the Berlin-Brandenburg Academy of Sciences and Humanities (BBAW) and the German National Academy of Science and Engineering (Acatech). Since 2019 he is the President of the International Adsorption Society (IAS).