Proteins are the most versatile among the various biological building blocks and efforts in protein engineering have resulted in many industrial and biomedical applications. However, the strength of proteins - their versatility and specific interactions - also complicates and hinders their systematic design and engineering. One potential approach is to exploit the modular nature of different protein domains in order to design synthetic protein scaffolds that can perform completely new biological functions. In this talk, I will outline several successful examples in connecting exchangeable protein domains for predicative engineering applications in (1) bioenergy applications, (2) bioseparation, and (3) biosensing. 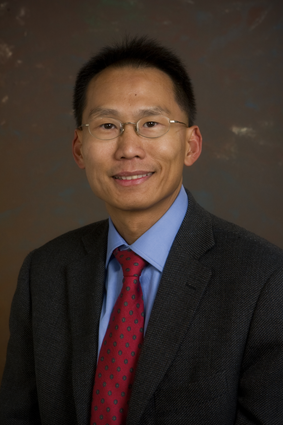 Professor Wilfred Chen joined the University of Delaware in January 1, 2011 as the Gore Professor of Chemical Engineering. He obtained his B.S. degree from UCLA in 1988 and his Ph.D. from Caltech in 1993, both in Chemical Engineering. After one-year postdoc in Switzerland, he joined UC Riverside in 1994. He was Professor of Chemical and Environmental Engineering and the holder of Presidential Chair until he joined Delaware in 2011. His research interests are in Synthetic Biology and Protein Engineering. Prof. Chen has published more than 250 journal papers and delivered over 90 invited lectures. He serves on the editorial board for many scientific publications including Applied and Environmental Microbiology and Biotechnology and Bioengineering. He is also the editor/associate editor for Biochemical Engineering Journal, Biotechnology Journal, and AICHE Journal. He is a fellow of the American Association for the Advancement of Science (AAAS) and the American Institute for Medical and Biological Engineering (AIMBE).
Prof. Chen has also received numerous awards, including NSF Career Award, AIChE Food, Pharmaceutical, and Bioengineering Division 15c Plenary Lecture, Biotechnology Progress Award for Excellence in Biological Engineering Publication, Daniel I.C. Wang Award for Excellence in Biochemical Engineering from AICHE/SBE, Marvin J. Johnson Award in Microbial & Biochemical Technology from ACS, and the AICHE Food, Pharmaceutical & Bioengineering Division Award.