These lectures are part of a collaboration between the University at Albany and Rensselaer Polytechnic Institute (RPI). This is the third speaker in the series.

Established through the generosity of UAlbany Distinguished Professor Marlene Belfort and RPI Institute Professor Georges Belfort, the Life at the Interface of Science and Technology Endowed Lecture Series is designed to address fundamental questions that require the expertise of both Life Sciences and Engineering to answer. This collaborative lecture series will bring world renowned experts to speak to the campus communities at both UAlbany and RPI.

To support this or other initiatives, please visit https://www.albany.edu/giving or https://giving.rpi.edu. 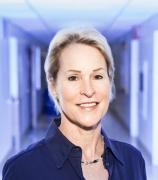 Frances H. Arnold, PhD, is the Linus Pauling Professor of Chemical Engineering, Bioengineering and Biochemistry and the Director of the Donna and Benjamin M. Rosen Bioengineering Center at the California Institute of Technology. She was awarded the Nobel Prize in Chemistry in 2018 for pioneering the use of directed evolution to engineer enzymes. In 1993, she conducted the first directed evolution of enzymes, which are proteins that catalyze chemical reactions. Since then, she has refined the methods that are now used in a variety of applications, such as the development of new biocatalysts, which are applied in pharmaceutical synthesis, the manufacture of other chemicals, and in the production of renewable fuels. She has made significant contributions to advance the fields of protein engineering, directed protein evolution, structure-guided protein recombination, biocatalysis, and biofuels.