Magnetic resonance imaging (MRI) is a powerful technique for observing the function of specific cells and molecules inside living organisms. However, compared to optical microscopy, in which fluorescent protein reporters are available to visualize hundreds of cellular functions ranging from gene expression and chemical signaling to biomechanics, relatively few such reporters are available for MRI. In this talk, I will describe our recent development of biomolecular reporters for MRI based on proteins that interact with water, air and hyperpolarized gas. One new class of reporter genes works by altering the effective diffusivity of water in tissues through overexpression of aquaporin, producing robust contrast in diffusion weighted MRI, and making cells overexpressing this protein readily detectable in vivo. Another class of reporters is based on gas‐filled protein nanostructures from buoyant photosynthetic microbes. These proteins produce contrast in susceptibility‐dependent MRI based on the differential magnetic susceptibility of air relative to aqueous media. In addition, the MRI contrast produced by these proteins can be turned off with ultrasound, enabling background‐subtracted and multiplexed imaging. Furthermore, the ability of these proteins to interact with dissolved xenon allows them to serve as biomolecular reporters for hyperpolarized MRI, a non‐equilibrium technique with orders of magnitude increased molecular sensitivity compared to conventional magnetic resonance. These proteins can be engineered at the genetic level to target specific cells based on molecular recognition and to be expressed heterologously as genetic reporters. 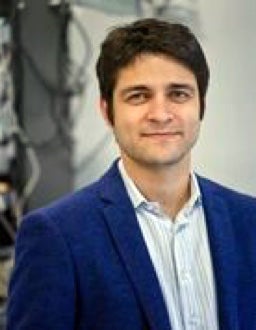 The Shapiro group develops molecular technologies for noninvasive imaging and control of cellular function, and uses these technologies to study basic biology and create cellular diagnostics and therapeutics.

Many important biological processes occur deep inside living organisms. Their study requires technologies to image and manipulate cellular and molecular function non-invasively. To develop such technologies, we pursue fundamental advances at the interface of molecular and cellular engineering with various forms of energy: magnetic, mechanical, thermal and chemical. Our work takes advantage of naturally evolved biological structures with unique physical properties, which we use as starting points for engineering.

Our key biophysical methods include magnetic resonance and ultrasound, and our primary biological interests are in neuroscience, microbiology and immunology.