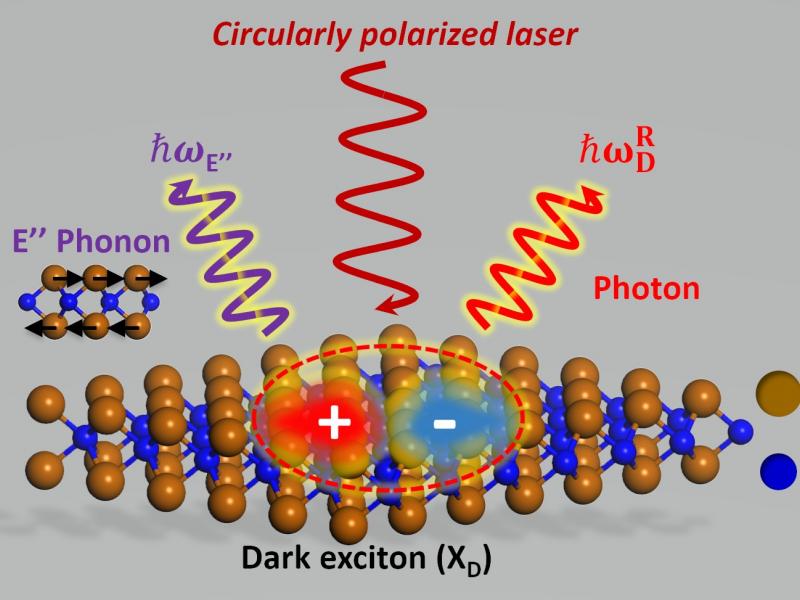 TROY, N.Y. – Researchers at Rensselaer Polytechnic Institute have come up with a way to manipulate tungsten diselenide (WSe2) —a promising two-dimensional material—to further unlock its potential to enable faster, more efficient computing, and even quantum information processing and storage. Their findings were published today in Nature Communications.

“It’s a completely new paradigm,” said Sufei Shi, assistant professor of chemical and biological engineering at Rensselaer and corresponding author on the paper. “The advantages could be huge.”

Shi and his research team, in partnership with staff from the Micro and Nano Fabrication Clean Room within the Center for Materials, Devices, and Integrated Systems at Rensselaer, have developed a method to isolate these thin layers of WSe2 from crystals so they can stack them on top of other atomically thin materials such as boron nitride and graphene.

When the WSe2 layer is sandwiched between two boron nitride flakes and interacts with light, Shi said, a unique process occurs. Unlike in a traditional semiconductor, electrons and holes strongly bond together and form a charge-neutral quasiparticle called an exciton.

“Exciton is probably one of the most important concepts in light-matter interaction. Understanding that is critical for solar energy harvesting, efficient light-emitting diode devices, and almost anything related to the optical properties of semiconductors,” said Shi, who is also a member of the department of electrical, computer, and systems engineering at Rensselaer. “Now we have found that it actually can be used for quantum information storage and processing.”

One of the exciting properties of the exciton in WSe2, he said, is a new quantum degree of freedom that’s become known as “valley spin”—an expanded freedom of movement for particles that has been eyed for quantum computing. But, Shi explained, excitons typically don’t have a long lifetime, which makes them unpractical.

In a previous publication in Nature Communications, Shi and his team discovered a special “dark” exciton that typically can’t be seen but has a longer lifetime. Its challenge is that the “dark” exciton lacks the “valley-spin” quantum degree of freedom.

“We found the sweet spot,” Shi said. “We found a new quasiparticle that has a quantum degree of freedom and also a long lifetime, that’s why it’s so exciting. We have the quantum property of the ‘bright’ exciton, but also have the long lifetime of the ‘dark’ exciton.”

The team’s findings, Shi said, lay the foundation for future development toward the next generation of computing and storage devices.

At Rensselaer, Shi was joined on this publication by postdoctoral scholar Zhipeng Li and graduate students Tianmeng Wang and Zhen Lian, all from the department of chemical and biological engineering. This research was also done in close partnership with the National High Magnetic Field Lab and other research institutions.

This research was primarily funded by the Air Force Office of Scientific Research.